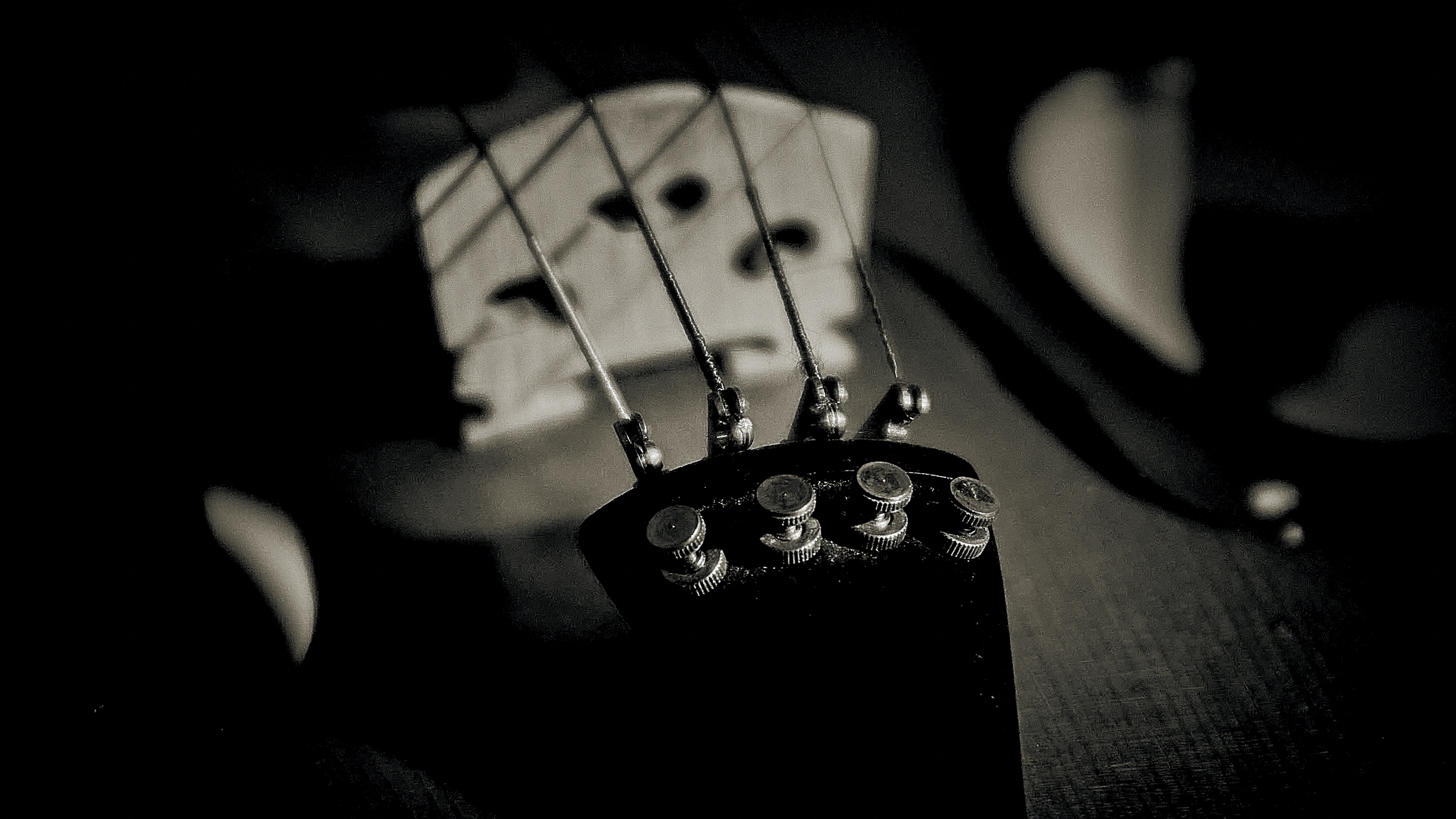 An Indeks of ‘Cold’ Metals

The video opera An Index of Metals was created in 2003 by Ictus, the Brussels-based ensemble of which I am the guitarist and co-artistic director. This work was the last major work by the Italian composer, who died far too young, and can today be considered one of the most frequently performed works from the so-called Spectral school. The importance of this work for our ensemble can hardly be underestimated. On the one hand, this work was an answer to our commitment to Romitelli’s music (he dedicated his guitar solo Trash Tv Trance to me, and we recorded the complete Professor Bad Trip cycle), on the other hand, this work allowed us to further develop and define our ensemble sound. This work can be seen as a delicate but explosive fusion of amplified acoustic and electric instruments, in which the role of the sound engineer is crucial in order to achieve a balanced yet immersive sound. The launching of pre-recorded sound material alongside the live transformation of, for example, the voice (modulation, distortion) or the trumpet (delays) and the specialization of all sound elements are additional aspects that contribute to the immersive quality of the performance.

In this way, the work slowly unfolds over more than 50′ minutes in a carefully constructed relationship with the images that are shown on three separate screens.

Years of performance experience with this work allow us to arrive at a version tailored to the specific space in a relatively short period of time, with one day of setting-up and sound check followed by technical corrections and general performance on the day of the concert. The performance we were able to realize in Tallinn was organized in an exceptionally good hall at EMTA, which also could provide us with a high-quality sound system. This allowed us to work on the stage with a quasi-acoustic balance and to hear the electronic sound rippling through the space. This made the performance in Tallinn a very physical experience, for the musicians on stage and the audience.

Romitelli’s so-called requiem that, after an instrumental finale, returns to its starting material (a chord played backwards from Pink Floyd’s Shine on you crazy diamond) is finally brought to a halt by an improvised cadenza. This cadenza is developed by the two guitars. In the version for Tallinn, through loops, drones and noises, I have chosen to weave melodic fragments of Romitelli’s guitar solo Trash Tv Trance in counterpoint with harmonies from An Index. In this way, I tried to build a bridge between the brutal noise and the fragile, nostalgic harmonies that Romitelli also let rise from the ‘rubbish’ again and again.

The traditionally somewhat harsh conclusion of An Index of Metals was answered in Tallinn for the first time by a work of another composer.

Einike Leppik composed an audio-visual work for the same line-up that was presented as the evening’s epilogue. Her work, entitled ‘Cold’, was characterized by linking an economy of material to images that acted like visual vibrations on the retina. A very different historical sculptural starting point (zooming in on details of a sculpture from classical antiquity) seemed to be slowly moving, transforming and finally dissolving. In a sense, the work can be seen as a homage to a structural and poetic idea of transformation that is very present in Romitelli’s work. Leppik succeeded in taking the time to create a large visual movement and quasi-orchestral gesture, with snatches of voice, a resting point that offered the audience a new perspective but at the same time allowed them to digest the past experience of Romitelli’s work. For me personally, this was a resounding success. Leppike’s work, in a way, completed the circle and the evening as a whole. We certainly hope to be able to link her work to An Index of Metals more often.

Thanks go to the entire organization, including artistic director Paolo Girol, producer Triinu Arak and technical coordinator Karl Erik Laas. The fluent and professional cooperation on site made this whole operation, which always has a lot to do, a particularly beautiful human experience.

Tom Pauwels (Bornem, Belgium, 1974) studied classical guitar in Brussels, Köln and Münster with Albert Sundermann, Hubert Käppel and Reinbert Evers respectively. In 1995, during his studies at the Brussels Conservatory, he was involved in the founding of Black Jackets Company, a Brussels collective of composers and performers. Ever since these early experiments he has been active in the field of contemporary music, both on classical and electric guitar. From 1999 until 2001 he was a regular member of Champ D’Action, the Antwerp-based ensemble for experimental music. Since 2002 he has worked as a co-artistic leader for the new music ensemble ICTUS (Brussels). Project-wise, he performs with the London based Plus-Minus ensemble. He has recorded works by Craenen, Lachenmann, Shlomowitz, Van Eycken, Guiraud and Cyprès (Ictus) and works by Oehring, Harada, Romitelli and Aperghis. More recently he released work by Pierluigi Billone on Kaïros (with guitarist Yaron Deutsch) and works by Trapani and Polansky (with Ictus and Liesa Van der Aa) on Sub Rosa.

After a five-year research project on new music for guitar, he became a ‘Laureate of the Orpheus Institute’ with the thesis ‘De Echo van ‘t Saluut’. Between 2002 and 2017 he has been in charge of teaching new music for guitar at the Conservatory of Gent where he has developed an advanced master’s program with an emphasis on contemporary chamber music in collaboration with the Spectra ensemble and Ictus. Today he is part of the Music Faculty of P.A.R.T.S (School for contemporary dance in Brussels).

His broad interest in performance has led to collaborations with choreographers such as Xavier Le Roy (see ‘Mouvements für Lachenmann), Andros Zins-Browne (The Funerals) and Maud Le Pladec (see ‘Professor’, ‘Poetry‘ ‘Concrete‘ and ‘counting stars with you’).