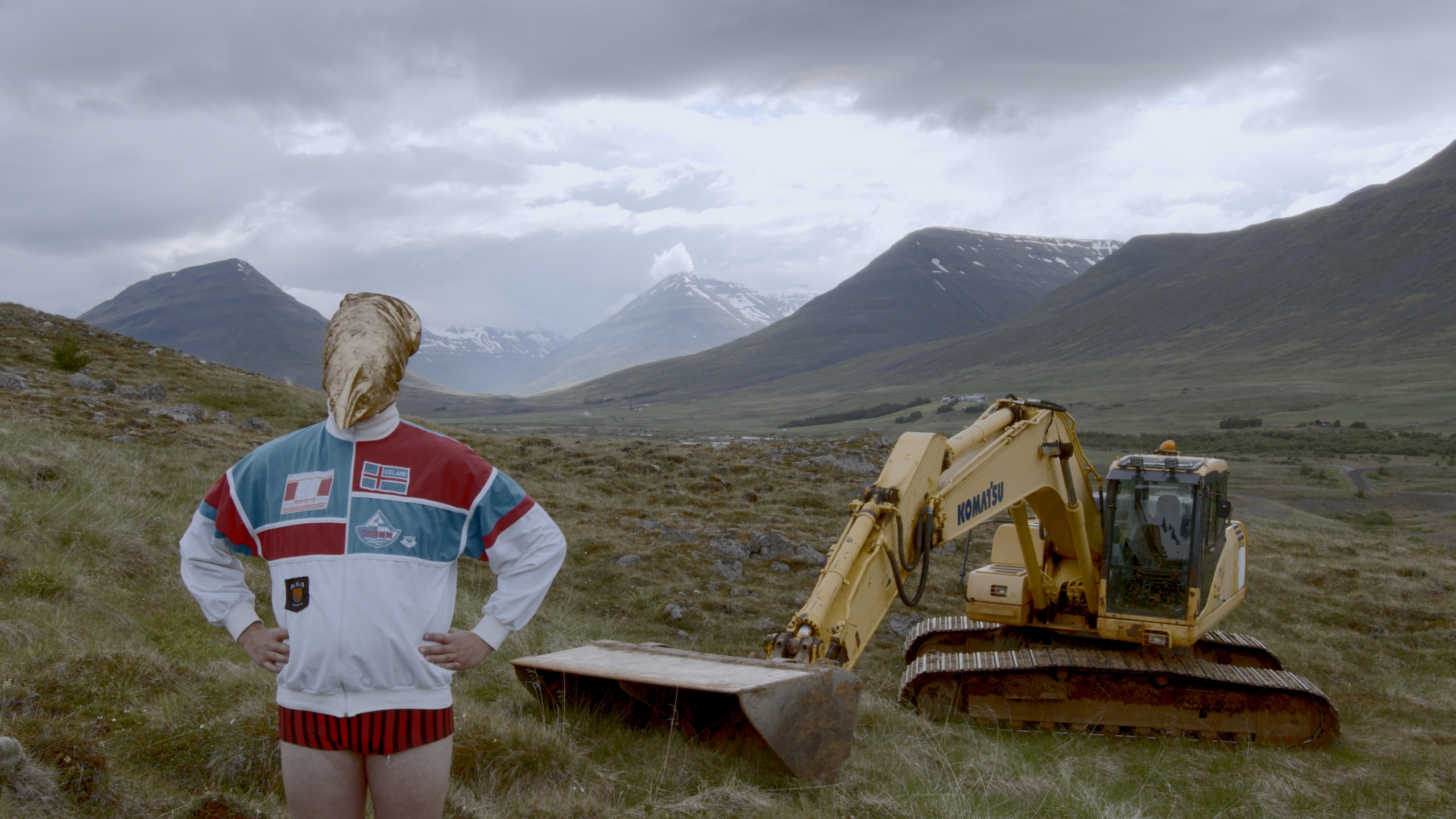 Mannhaf: an ocean of humans

With the first ideas drafted in late 2021, my Estonian collaborator Joel Väli and I started seriously working on our sculpture and video project titled Mannhaf early this year. The project’s main body was to take place in the form of a one-month residency in July in my hometown of Akureyri, Iceland, with an exhibition opening and the inauguration of our sculpture on the last weekend of the month. What drew me towards wanting to make a sculpture I don’t quite remember (since I have never worked with sculptures), but I think the idea sprang out from when I wanted to disrupt the annual fish festival (yes, you heard right), which takes place in a small village north of my town, by dumping a truckload of fishing industry trash from local beach cleanups into the centre of where the festivities take place. Samherji, the fishing company which sponsors “The Great Day Of Fish”, hasn’t held the festival for the past two years for reasons they claim to be COVID. Still, most people are aware that it traces back to their self-inflicted damage to identity when the company was caught fishing illegally off the coast of Namibia and bribing government officials of the country to stay shut about it.

Whilst planning the intrusion, I spent time researching the scale of plastic that the fishing industry puts in the ocean. I was first fuelled by the Netflix documentary “Seaspiracy”, which is like a horror film about the global fishing industry and provides numbers which say that up to 80% of ocean plastics come from that particular industry alone. (I found that overwhelming when most we get to hear about are the cotton swabs and plastic straws we use, which seem to be terminating sea life as we know it). After doing further research, it seems like these numbers are based on old information and are much lower, though still striking. All of this brought me to think about how, as a kid, I had seen the nets, buoys, strings and other waste from the fishing industry as a normal and even charming part of the Icelandic coastal environment. Something exciting and colourful to find on the beach and play with. I had, into my adulthood, completely normalized that waste; waste which is floating around the seas en masse, designed to capture and kill fish from stage one.

Since the fish festival had been blown off because of the company’s other crimes, I had to come up with another way to express my frustrations and newly acquired knowledge. I contacted my good friend and collaborator Joel Väli and asked if I could hire him to compose an idea with me on that subject. He was the perfect pick for this project since he has experience in making sculptures along with having a creative mind and skills in various fields of art. We spent the time before going to Iceland composing our idea and planning how we could execute it once in Iceland. We also learned how to weld iron since we would need that skill to create the structure for the sculpture.

With a bit of local funding on the back, I put myself into contact with Tommi, the head of an Icelandic environmental association which focuses on coastal waste, who was more than willing to help us by providing us with materials to build from and to give us information about plastic pollution around the coast of Iceland.

The first thing we did after arriving in Iceland was to pick up material from Tommi and transport it to the hay shed near my town that we had rented to build the sculpture.

After that, we started on our sculpture, which was to be shaped like a ghost of fishing nets and placed right next to the seaside in the centre of Akureyri. A ghost returning from its wet grave, coming back to hunt the humans who summoned its devious existence.

When we had finished the build, we prepared for the opening of our exhibition and finally installed the sculpture in the middle of the night before the opening day.

It was quite a daunting task since the sculpture was extremely heavy, and we had only a vague idea of how to fix him in place once we got there. With plenty of stones, a bit of intelligence and a lot of luck, we got it stuck so it could withstand the Icelandic winds and the beating of the waves.

On the opening day itself, I felt completely exhausted, but everything seemed to have worked out the way it should, since about half an hour before our opening, everything was ready. Plenty of people came, and at the pre-advertised time, we took the guests from the exhibition for a walk from the gallery towards the sea to inaugurate the sculpture. I gave a speech about the fishing industry fuelled by rage and a bit of beer from a local brewery called Kaldi, which sponsored us. (Drink Kaldi. It’s good for you.) Then I proceeded to sing Icelandic traditional hymns with my father, and finally, Joel poured some cheap champagne on the sculpture to bring it to life and finish the ceremony.

Now the town of Akureyri – my hometown (which usually wants to brand itself with heart-symboled traffic lights and a gigantic selfie-heart in the town centre) has a gigantic ghost made from rotting fishing nets returning from the sea to hunt humans for their greed and excessive waste.