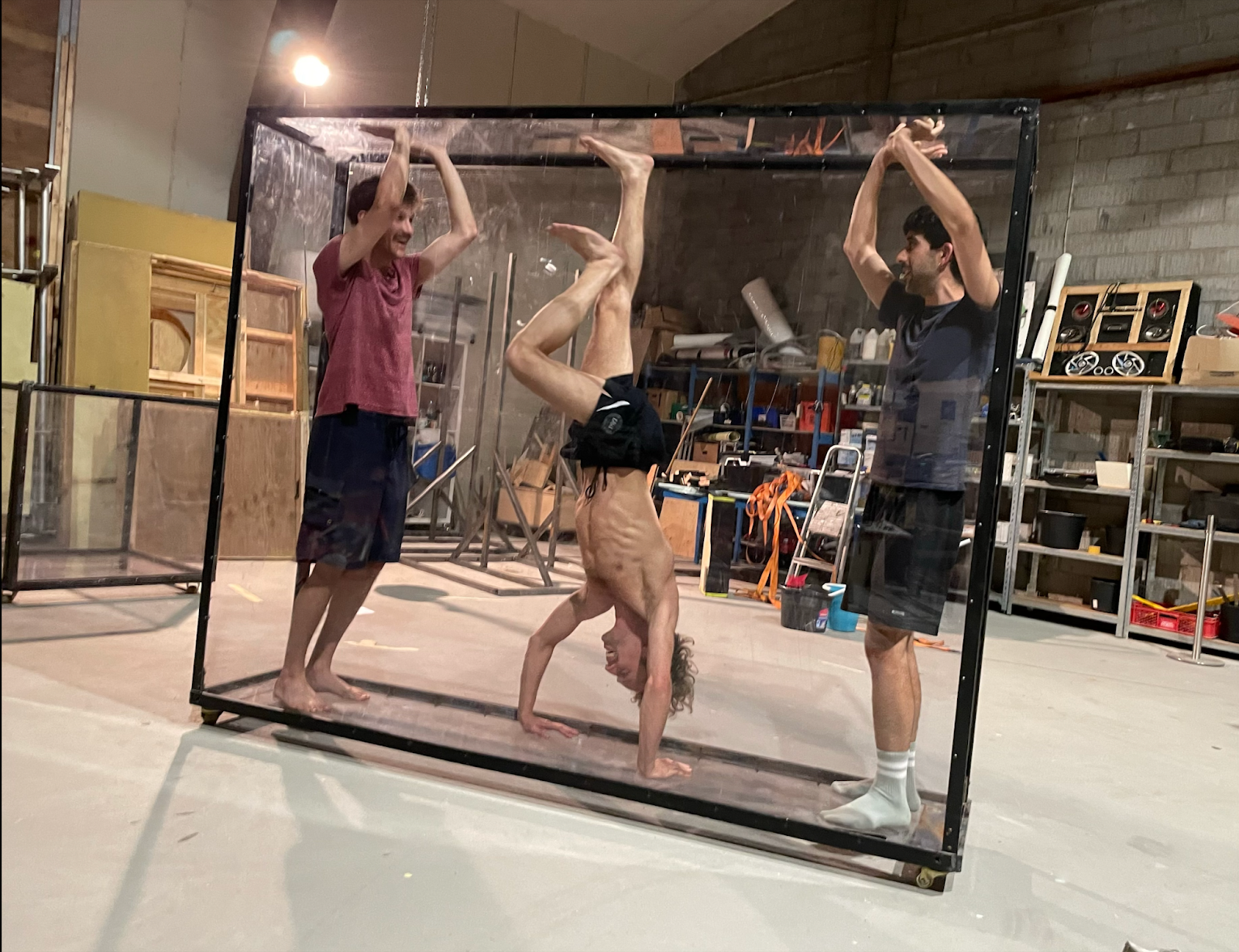 Two and a half years ago, we started composing our multimedia performance piece, Uprooting with Andro Manzoni, Juan Fran Cabrera and Áki Frostason. Originally, Juan Fran started working on ideas for the theme but recruited Andro and Áki in 2019. Since then, we have worked on that piece in Estonia, Sweden, Croatia and Iceland. This time, we had a two-week residency to work on composition and research in Vordingborg, Denmark.

The performance consists of seven chapters, each a different theme which is researched before composition. For research, we have developed a method of spending a day together collectively in silence without communication with the outside world. Each of us spends time reflecting on the research topic that we want to focus on in our next chapter of the composition. The discussion that follows is used as a basis to create a new chapter for the composition.

Since the theme of the piece is connected with personal psychology and psychological health, the journey of the compositional process is as important as the outcome. During the research and composition of the piece, we often have to confront and answer difficult questions relating to our own health, psychology and personality.

This multimedia piece comprises video, movement, sound, performance, costumes, fine arts and technology. With each of us having a background in more than one field of arts as well as interdisciplinarity, it became a natural path to follow.

In the early stages of the composition, all of us were situated in Tallinn, Estonia. Because we studied at the same university, it made organizing the project quite simple. Since that is no longer the case, we have resorted to meeting regularly at residencies. This Ttime we met at the Pavillon K, a cultural centre in Vordingborg. Each place of residency impacts the composition, and Pavillon K seemed a great place to work. We lived close to nature and the sea, which proved to be an inspirational for video material, while the stress-free environment enhanced our focus.

During the stay in Vordingborg, we spent time on composition for the sixth chapter titled “What is your sex?” which revolves around gender, sexuality and sexual orientation.

Part of the production was also to record a site-specific video and audio material for the performance. We spent two days in a workshop with the local experimental-theatre director Kristján Ingimarsson. The workshop comprised doing various experiments with video and movements involving three large plexiglass boxes. It was very interesting and fruitful to get an insight into Kristján’s work methods and the way he approaches composition.

Hopefully the piece will be premiered in the second half of 2023. We are truly thankful that ActinArt helped support this part of our project.